Grade 7 assignment is linked below with a video lesson:

Grade 8 assignment is linked below with a video lesson coming soon:

Last night the jets were playing the predators, it was a good game lots of penalties against the jets.

I have to give it to the jets they held up against a 5 on 3 and the other team didn’t score. So that means the jets are good.

I think all referees should not give so may penalties to one team when the other team deserves penalties. i think it should be changed

I think when Tyler Myers got that penalty i think he deserved it because he was being mouthy and that’s just not right to do that stuff, but sometimes you are so mad things just happen.

this is my opinion so don’t yell at me or get mad because this is what i think. 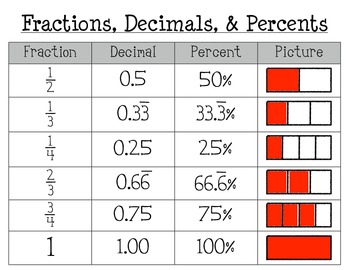 Today the grade 7’s are going back into comparing decimals, percents, and fractions.  The Grade 8’s will also be joining them this week on some similar material.

how to saddle a horse

first you catch the horse with a halter and tie it to a sturdy fence. then grab your saddle and saddle blanket, put on your saddle blanket and make sure it is straight. Then throw on your saddle, and make sure all the straps are hanging on the side. Then do up your front strap (also known as your front cinch) by taking the leather strap and putting it throw the metal ring and do it again and make sure the strap is outward after. Then do up your back cinch. It is just like a belt . Make sure if your just riding to have the back cinch looser. Then do up you breast collar or front strap so it is a little loose but it looks good. Then you will grab your bridle and and take off your halter and quickly put your bridle on and make sure every thing is fitting good and it is tight enough that it wont fall off but loose enough that its not choking your horse. Then before getting on tighten up your front cinch and tighten it until its tight (your will know if its to loose your saddle will start to roll over) then get on and ride that pony!!

This assignment is a personal research assignment.  You will go online to discovery education, open the “science techbook”, “investigating cells”, “concept 3.2 cell theory”, to gather information, take notes (in Chicago style), and answer the essential questions at this link.  You will hand in all your notes, your official responses and a rubric filled out to show you self-assessment of your assignment.

Yesterday there was a torrential snow fall and it made everyone think thoughts of Xmas and Winter time.  Today you are to describe a winter experience.  You will be given 10 minutes to pre-write and 10 min. to create with the goal of 3/4 to 1 page of descriptive language to bring your reader into the action.

This week the grade 8’s are studying dividing integers and grade 7’s are adding them using number lines.  Below are the assignments and video lessons.  The questions assigned to students are listed on Edsby.