Today we discussed symbols in literature. For an example we took the Grinch who stole Christmas movie because many of the students have seen it. The first picture shows five objects from the story. Then we recorded where and when in the story those objects came into play. we then underlined the actions in each of those sentences. Then we recorded the reactions of characters to those events in the story. Once we had all this done students made a statement for each object. The statement is based on the reactions of the characters in that object is used. For example, if you look at the Grinch Christmas tree in the picture below you may say that the Christmas tree maybe a symbol of love and togetherness in the story.

Students are assigned to take five objects from The Hobbit and to draw each of them in the different colour. Then they are too right where and when the objects are in the story, underline the actions, record the emotional reactions of the characters in the story. and finally, make a statement for each object saying what they may be a symbol of. 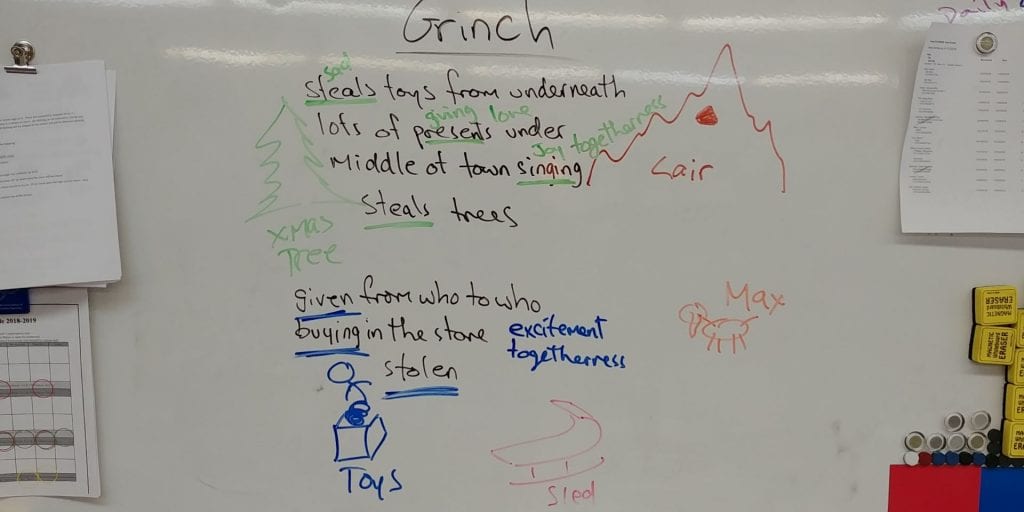 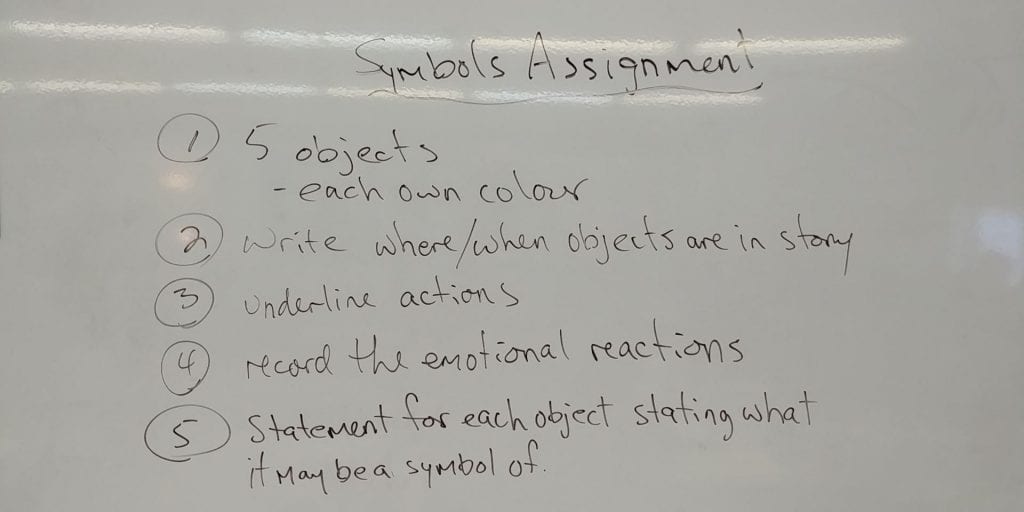 Here is a video of this type of lesson if you have any additional questions.